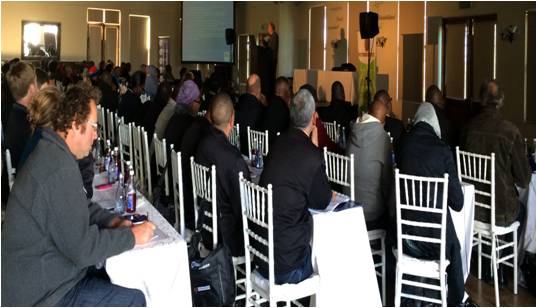 Extension professionals require new capacities to deal with the changing environment. The 48th Annual Conference of SASAE discussed the importance of developing new competency profiles for extensionists to have meaningful impacts. Dr Kristin Davis reflects on her participation at this event here.
WELCOME TO WESTERN CAPE!
The 48th annual SASAE conference was an exciting opportunity to hear of extension in South Africa and beyond and also to promote the registration of extension scientists with the South African Council for Natural Scientific Professions (SACNASP) under a new law.

Nearly 300 extension professionals gathered in the cool and green Western Cape of South Africa, which experiences winter rains. The programme included welcome by the SASAE president Ms. Marliese Bornman, the Executive Mayor of George Mr. Alderman Charles Standers, and the Head of Department of Agriculture for Western Cape Province Ms. Joyene Isaacs. We then had a keynote address by Dr. Ricardo Thornton, Regional Director for La Pampa-San Luis from the National Institute of Agricultural Technology   (INTA) in Argentina.

Box 1: SASAE
The South African Society for Agricultural Extension (http://www.sasae.co.za/) was established in 1966 as a scientific society representing agricultural extensionists involved with agricultural development. Its mission is to promote the science and vocation of agricultural extension through its members. Currently SASAE has 506 members of which 62 are professionally registered. The majority of its members are employed by government, but membership also consists of members from private and cooperative sector.

It has six branches namely in KwaZulu Natal, Free State, Western Cape, Eastern Cape, Northern Cape and the Central Branch which include members from Mpumalanga, Limpopo, Gauteng and Northwest provinces. These  branches form the backbone of service delivering by SASAE to its members. Branches play an important role in  communication between members and Council as well as in the sharing of knowledge to its members through  regular Branch symposia, discussion forums and regular distribution of newsletters.

It played an important role in the development of career paths for extensionists through the organizing of the
Standard Generating Body (SGB) in 2003 with the National Department of Agriculture and it is currently playing an important role in the facilitating or direct offering of training as part of the National Extension Recovery Plan
initiated in March 2008 by the Ministry of Agriculture.

Dr Ricardo discussed the Argentinian agricultural situation and explained how in Argentina research and extension are housed together in INTA (National Institute of Agricultural Technology) and are decentralised.  The idea is to provide extension agents with diverse profiles, multi-disciplinary teams, and partnership with other public-private-NGO organisations. He discussed common problems of small-scale family farming and how the waves of accumulation of knowledge in farming from technologies of inputs to organisational technologies and innovation processes. Professor Nick Vink then gave a fascinating economic view of South Africa.

AGRICULTURE PAYS!
The Western Cape has an interesting tradition to award prizes for the Farm Worker of the Year and the Female Entrepreneur of the Year.        Mr. Alderman Charles Standers, Mr. Karools Paulse and Ms. Wadea Jappie respectively spoke about their Executive Mayor of George at

up started a business enterprise
PANEL AND PAPERS

In the afternoon of the first day various panellists got up to present what their institution is doing with regard to education of extension professionals.  There are 5 universities and 13 colleges providing extension education in South Africa. Dr. Assa Kante from Sasakawa Africa Fund for Extension (SAFE) discussed the Supervised Enterprise Projects – field experience for mid-career extension professionals in several African countries.

EXTENSION IS A SCIENTIFIC PROFESSION IN SOUTH AFRICA
In January 2014 a law was passed allowing (and requiring!) the registration of all extension and advisory services workers as scientists with the South African Council for Natural Scientific Professions (SACNASP). SACNASP is the legislated regulatory body for natural science practitioners in South Africa. SACNASP sent a full team to explain the process and set up a registration table there at the conference.

IN SUMMARY
It was good to be back at a SASAE meeting again after two years, and to see the perspective from another province. Since the days when I first started to engage with South Africa as part of the African Forum for Agricultural Advisory Services (AFAAS), extension has really come back on the agenda of the government.

They are in the process of passing a policy for extension through parliament, and have just provided professional registration for extension agents.  It is a good example for other countries to follow. For more information see http://www.sasae.co.za/, www.sacnasp.org.za, and http://www.extensionpolicy.za.net/.

Dr Kristin Davis is the Executive Secretary of the Global Forum for Rural Advisory Services (GFRAS). She could be contacted at kristin.davis@g-fras.org 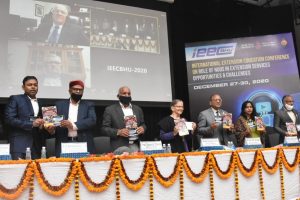 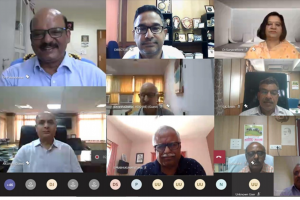 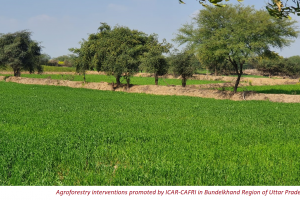