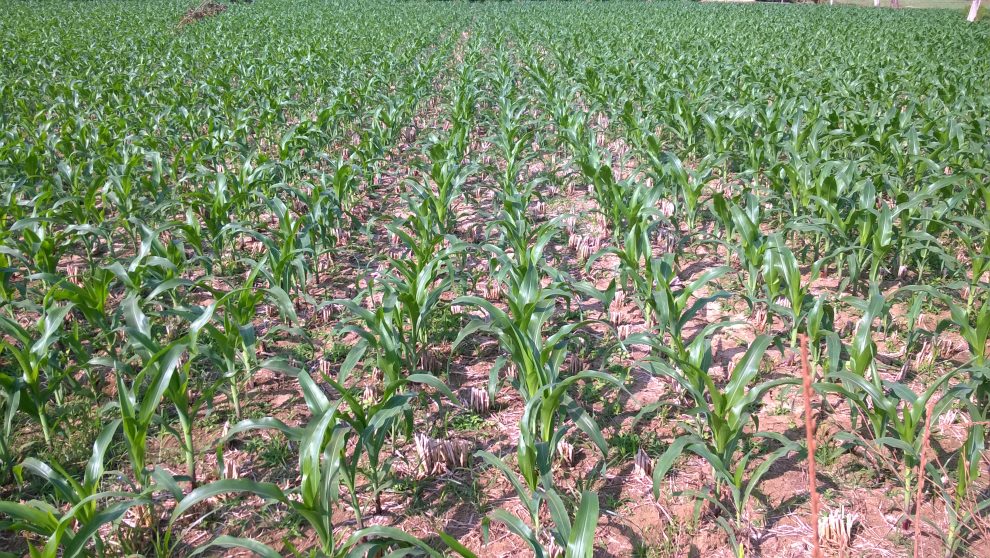 Most of the technological challenges faced by farmers can be addressed through partnerships, technology adaptation and through the participation of lead farmers. In this good practice note, Mr Suman S, illustrates how Zero Tillage technology was upscaled among maize farmers in Srikakulam district of Andhra Pradesh using the above mentioned approach.

Maize is the third most important cereal crop in India, cultivated in over 9 million hectares. It is also the dominant Rabi crop in the Pydibhimavaram cluster of the MITRA (Box 1) program, which is operational in 75 villages, mostly in the Ranasthalam mandal of Srikakulam district, Andhra Pradesh (AP). As with most crops in India, the average productivity of maize is much lower than world average, at just about 30 quintals per hectare while the world average is 58 quintals. The USA produces over 110 quintals per hectare. Even the best state in India, Andhra Pradesh, produces only 52 quintals per hectare.

Zero tillage was first suggested by the KVK scientists as a technology with potential to improve farmers’ incomes. The zero tillage or no-till system is a conservation agriculture practice that eliminates tilling and minimizes soil disturbances. This system involves making holes using a simple tool in an untilled field after harvesting paddy and a one-pass planting and fertilizer operation. This method conserves soil and water while requiring no capital investment in machinery for land preparations and intercultural operations. Most importantly, no-tillage can improve maize yields. There is also a water saving of about 18% in this practice, which is about 81,500 litres per hectare.

Dissemination on the use of Zero till

Though Zero tillage technology has been demonstrated by KVK-Amadalavalasa, Srikakulam district, in their own demonstration plots in  2010-11, the technology could not reach farmers nearby owing to lack of knowledge on it and absence of fall back support in case farmers face any challenges during implementation. When DRF team was exploring possible technologies which can help farmers in improving soil fertility, water conservation and also increase the yield, the KVK scientists suggested zero tillage as one of the potential solutions. However, they were not confident that farmers would adopt it at scale based on their past experience with the farming community. After discussing the technology with a few progressive farmers and taking their concerns on adopting it, the DRF team prepared outreach material and began to address concerns through a clear plan. With the help of the KVK at Amadalavalasa in 2017, the DRF team then conducted digital video presentations, pamphlet distribution, etc. on zero tillage technology in a few select villages which cultivate maize.

Mr. Appalanaidu, a lead farmer from Pathivadapalem village, came forward to try the technology in his field and to motivate his fellow farmers too. In the first year, 34 farmers tried it in small plots totaling about 11 hectares. The result was an average income increase of approximately Rs. 27,000 per hectare. 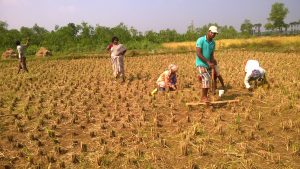 At this stage, zero tillage was promoted using a peg marker in which farmers lifted and moved a wooden contraption with spikes to make holes in the field, and dropped seeds into it. Farmers found this tedious even though it was profitable. A better solution was sought from the scientists. An innovation called the Vijaya Marker had been introduced by the DAATTC-KVK, Vizianagaram, which was basically a bicycle handle with axle, bearings and a single wheel that has spikes. On pushing it through the field it made uniformly spaced holes. This was made available to farmers the next year.

Use of Lead Farmers

In 2017, the DRF’s Rural Livelihoods program at Pydibhimavaram (working on the direct implementation model for technology dissemination) transformed into the MITRA program. The MITRA programme focused on amplifying and multiplying the reach of institutional dissemination through farmer-to-farmer extension, and worked with communities to identify community volunteers called lead farmers. Thanks to this new structure and to the Vijaya Marker, which made it easier for technology promotion, the adoption of ZT increased to 286 farmers and 87 hectares. 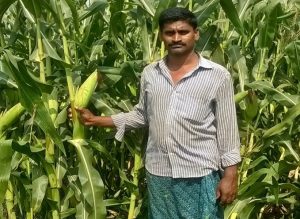 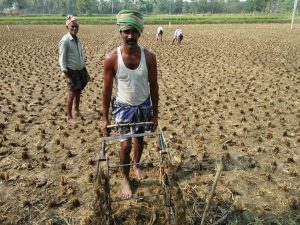 In 2018, adoption of zero tillage tripled to 638 farmers and 266 hectares, and in 2019, it increased to 2226 farmers in over 950 hectares (Table 1). The technology is now mainstream and yields have gone up by a minimum of 15%, from about 85 quintals to up to 100 quintals/ hectare (much higher than the national average and even the world average).

In Rabi 2020, the DRF (Box 2) intends to increase this to over 2000 hectares to reach 50% of the maize area in the region. This is expected to create cumulative additional income of around Rs. 5 crore. 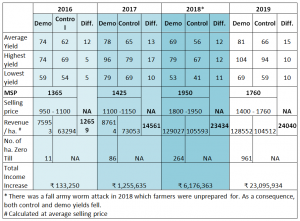 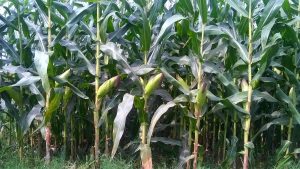 The programmes faced a few challenges in implementation. The first main challenge was to instill confidence in the public extension system in promoting this technology as many were sceptical about it based on their past uninspiring experience. The second major challenge we faced was the lack of local fabricators to experiment with different improvements to the Vijaya Marker. However, we overcame these challenges by partnering with different agencies. The roles of three main actors in this programme are presented in Table 2.

Ease of doing is the most influential factor compared to the net benefit from the practice for adoption of any new or improved practice among farmers. In this case, the Vijaya Marker implement changed the pace of adoption as it addressed the ease of doing part of the technology/practice.

The results and specific details are always difficult for farmers to articulate and they often share their broad experience. So, as a facilitating agency, we have to put our best efforts in collecting every small detail during and post demonstration from farmers to create data-based evidence.

Community nomination of lead farmers plays a huge role in bringing a sense of ownership in the community to drive farmer-to-farmer extension.

Adopting a problem solving approach by identifying each bottleneck and addressing it with a practical solution can help any practice to scaleup.

We learnt that the following levers can play a key role in addressing the challenges in the agricultural sector.
In the Indian context, the challenges in agriculture are directly related to small & marginal farmers as they constitute more than 85% of total farmers in the country. Any product/ service/ innovation needs to address the needs of small & marginal farmers for it to be adopted at scale. And unfortunately, be it farm mechanisation, agricultural credit or any post-harvest product, they are not affordable or designed for this group. Therefore, innovation in products/services in this space can contribute to the sector in a big way.

Agriculture extension needs to be seen as a value addition rather than a pro-poor activity and digital technology with minimum human intervention can help achieve this transformation. Sustainable last-mile delivery at a community level needs to be nurtured. It can help innovations reach farmers at scale and become mainstream. Farmers’ collectives are one alternative but we also need to invest in other possible alternatives. 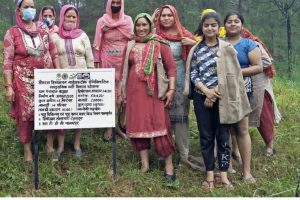 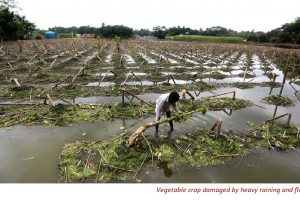 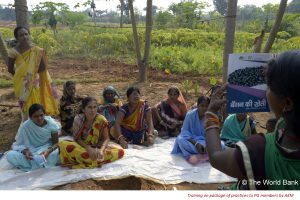