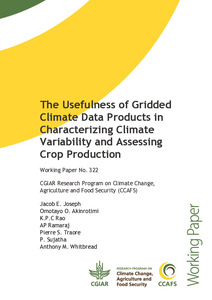 A sparse rain gauge network in dryland regions has been a major challenge for accessing high-quality observed data needed to understand variability and trends in climate. Gridded estimates of weather parameters produced through data assimilation algorithms that integrate satellite and irregularly distributed on-ground observations from multiple observing networks are a potential alternative. Questions remain about the application of such climate data sources for assessing climate variability and crop productivity. This study assessed the usefulness and limitations of gridded data from four diﬀerent sources i.e. AgMERRA, CHIRPS, NASA Power, and TAMSAT in estimating climate impacts on crop productivity using Agricultural Production Systems Simulator (APSIM). The study used data for 11 locations from Africa and India. The agreement between these data sets and observed data both in the amount and distribution of rainfall was evaluated before and after bias correction statistically. A deviation of more than 100 mm per season was observed in 13%, 20%, 25%, and 40% of the seasons in CHIRPS, AgMERRA, NASA Power, and TAMSAT data sets respectively. The diﬀerences were reduced significantly when data sets were bias-corrected. The number of rainy days is better estimated by TAMSAT and CHIRPS with a deviation of 4% and 6% respectively while AgMERRA and NASA Power overestimated by 28% and 67% respectively. The influence of these diﬀerences on crop growth and productivity was estimated by simulating maize yields with APSIM. Simulated crop yields with all gridded data sets were poorly correlated with observed data. The normalized root-mean-square error (NRMSE) of maize yield simulated with observed and gridded data was <30% for two locations in the case of AgMERRA and CHIRPS and three locations in the case of NASA Power. The NRMSE was > 30% for all locations with TAMSAT data. When yields were simulated with data after bias correction using the linear scaling technique, results were slightly improved. The results of our study thus indicate that the gridded data sets are usefully applied for characterizing climate variability, i.e. trends and seasonality in rainfall, however their use in driving crop model simulations of smallholder farm level production should be carefully interpreted. 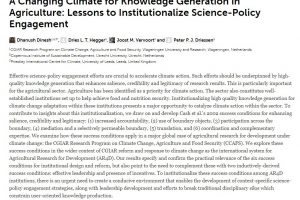 A Changing Climate for Knowledge Generation in Agriculture: Lessons to Institutionalize Science-Policy Engagement 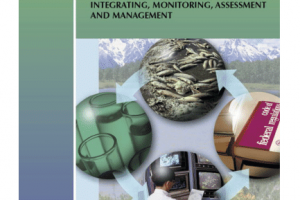 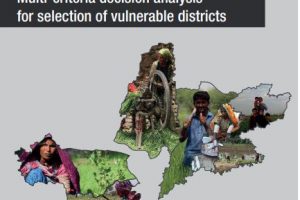