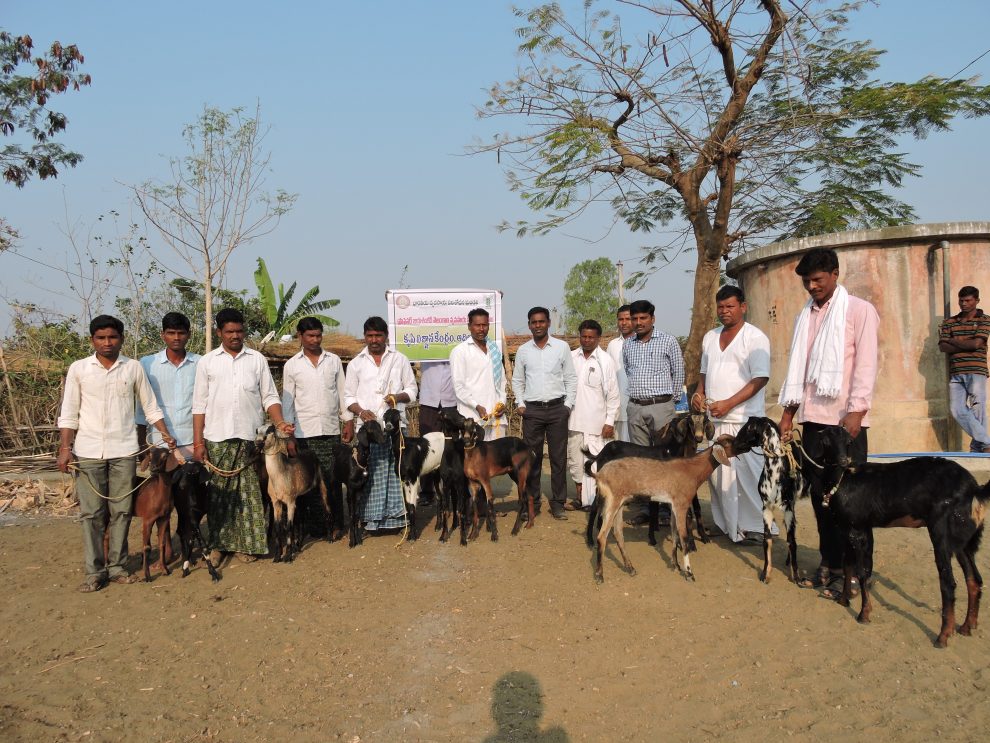 Adilabad district has 4, 18,602 ha of land out of which 47% is cultivated and 41% under forest cover. The district receives 1159.4 mm rainfall on average. Agriculture is mostly rain-fed. Adilabad district has the highest tribal population (2,50,461) in Telangana. The Gonds, Lambada, Kolams, Pardhan, Andh, Thoti comprise the tribal population. Among them, Kolam and Thoti are Primitive Tribal Groups (PTG). Most tribal people are small farmers practicing either rain fed agriculture or work as landless agricultural labourers. During kharif, agriculture provides about 100 to 120 days of employment to tribal farmers. Vulnerability of the tribes in the district comes from a high level of dependence on rain-fed agriculture, which is least diversified (cotton dominated mono-cropping). Small holdings, low agricultural productivity and low incomes have led to rising debt to private money lenders and migration from Gudams (tribal hamlets) to cities for their livelihood. The life of the tribals is increasingly vulnerable as they lack awareness on sustainable income generation activities that suit their resource situation.

Goat farming suits Adilabad district’s climate and economic situation of tribal households. Goats act as a ready to use economic asset at the time of crisis among rural farmers. Intensification of goat production systems, like other small animal production systems, is regarded as having the potential to contribute to improve livelihood opportunities for the tribal farmers and weaker sections of the country. Thus, boosting small animal production has become a major policy option, both to meet the increasing demand for livestock products like meat, milk, wool etc., and at the same time, to contribute to improving the income of rural households.

Goat rearing is easy and can be done by landless labourers and women because they can thrive well on leaves, shrubs, bushes, kitchen waste etc. and even in regions with little vegetation.Goats have got increased digestibility of crude fibre and can sustain even on poor quality roughage. The profit from the unit of investment on goats is comparatively high even under adverse seasonal conditions like severe droughts. Keeping these in view, the Krishi Vigyan Kendra (KVK), Adilabad, (working under the administrative control of Professor Jayashankar Telangana State Agricultural University) decided to promote scientific goat farming in the district.

Consent was obtained from villagers with the help of village Patel to select five beneficiaries from each tribal hamlet having 40- 50 households based on socio-economic conditions of the tribes.With an objective to make goat farming as sustainable livelihood option for tribal farmers, KVK Adilabad under TSP, a project of the Indian Council of Agricultural Research (ICAR), supplied local breed goats and a few medicines to enhance subsidiary income of tribes in the district.

Based on the secondary information from mandal Veterinary Officers, we contacted a well experienced shepherd, who had healthy local breed goat herd in nearby villages to understand better breeds of goat available in the locality. Such breeds have the following characters and these breeds were identified for distribution.

Off and On Campus Training

KVK, Adilabad,organised 10 off- and on-campus training and demonstrations for tribal son scientific rearing of goats in tribal hamlets. We also trained the 27 beneficiary farmers on disease diagnosis and mortality control with the help of local veterinary doctors. KVK organized National Animal Disease Control Programme (NADCP) in convergence with the district Animal Husbandry department and vaccinated goats against diseases.

Each beneficiary was given two goats worth Rs. 10,000 (@Rs. 5000 for a goat) and a few supplementary medicines and vaccines worth Rs. 1,000 was supplied per beneficiary. A total of 54 goats worth of Rs. 2,70,000 were distributed among 27 tribal farmers in the five tribal hamlets of the district.To sustain the goat farm and create subsidiary income, the observations like kidding rate, milk yields, manure quantity and number of male goats sold in the market were recorded.

Economic benefit due to technology intervention

Goat farming created substantial wealth for the tribes and ensured regular cash flow in every season. Male goats were sold in the market at Rs 6500/per goat. Goat farming also ensured regular milk supply for family consumption and the manure collected was used for crop production.

The data shown in Table 1 revealed that beneficiaries of Shaikguda and Sherguda villages have enhanced the number of goats they have during 2016 to 2019 from about 16 to 30 per beneficiary and sold an average of 10 male goats @ Rs. 6500/ goat. The average income earned by each beneficiary by selling male goats from 2016-2019 is Rs.63700. In Markaguda village, each farmer sold an average of three male goats and earned approximately Rs. 20,000. The existing herd size of individual beneficiary in Markaguda ranges between 8 and 12 goats, which were distributed in 2018.

Altogether, 27 beneficiaries during the period 2016-2019 earned an income of Rs.8,38,500 by selling 130 goats @ Rs.6,500 per goat. The current flock size of goats of 27 farmers is 403. The worth equivalent to present market value is Rs.28,21,000. Similar results were reported in goat production within subsistence farming systems across the world.

Table 1.Economics of beneficiaries with goat farming in different villages from 2016-2019 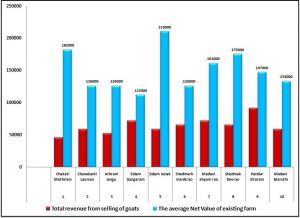 Figure 1. Income generation through goat farming during 2016-2019 by beneficiaries of Shaikguda and Sherguda villages

Goat farming reduced the migration of rural youth to urban areas. Through goat farming, every beneficiary farmer used family labour efficiently and ensured regular milk supply for family consumption, which is highly nutritious.The manure generated was used in the fields for organic cultivation. A few beneficiaries sold the manure to other farmers.The results in these goat farming efforts are in line with Government of Telangana’s ambitious sheep distribution scheme. This scheme leads to a quantum jump in rural economy. It paved the way for the upliftment of a section of the community in the state. Provision of financial subsidy to this skilled community for rearing sheep on a large scale will facilitate not only their economic development, but also facilitate production of adequate quality meat in the state. It is also aimed to make Telangana a hub for meat export in the near future like hub of IT and pharma. The traditional shepherd families will be supported with supply of (20+1) sheep on 75% subsidy with a total project outlay of Rs.5,000 crores.

Goat farming is one of the best unique livelihood opportunities for tribal farmers in the district. It can generate subsidiary income, utilizes family labour and provides year round nutritious milk to the family. It can pave the way for Doubling of Farmers Income (DFI). Further, an integrated farming system inclusive of goat farming offers unique opportunities for maintaining and extending biodiversity. The emphasis should be on small livestock such as chicken, sheep and goat that can provide regular income. This would enable farmers to enhance their productivity and reduce cost of their production.

Our goat farming programme, on the lines of objectives of the State government’s sheep rearing initiative, can be implemented on a larger scale, especially for tribal farmers in erstwhile Adilabad district of Telangana state. Tribal people in these parts possess the required expertise in goat farming. The village headman conveyed that immediate access to the services of veterinarian in the villages would have reduced mortality of goats.As the government of Telangana is planning to setup modern slaughter houses in the state to produce and export quality meat to the world there will be an increasing demand for goat farming in the state. However, further studies need to be conducted on breeding and management practices of goats.