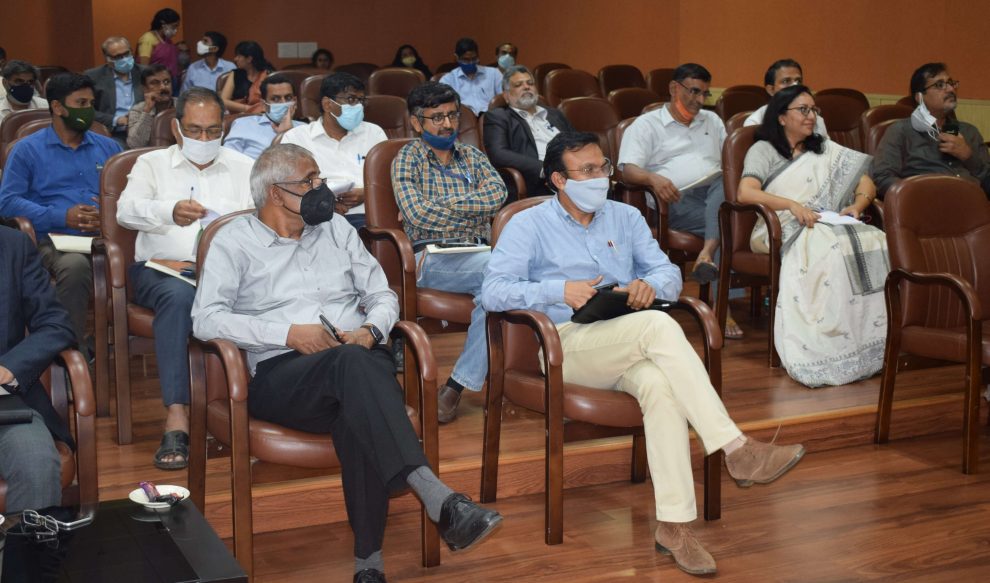 R Venkattakumar participated in the Experts and Stakeholder Workshop organized by the Department of Horticulture, Government of Karnataka, to arrive at strategies for strengthening marketing activities of Farmer Producer Organizations and he shares his experience here.

FPOs are registered and legal entities that collectivize small and marginal farmers to move effectively and efficiently across the various stages of supply and value chains of agricultural commodities. Though many of the FPOs established in Karnataka are fulfilling the production needs of producers, the marketing needs of these small and marginal farmers could not be achieved through FPO activities. Amidst such a scenario, there was an ‘Experts and Stakeholders Workshop’, organized by the Department of Horticulture (DoH), Government of Karnataka (GoK), on 13 September 2021, to arrive at strategies for the creation of a marketing arm for all FPOs in Karnataka through uniform branding and consolidated marketing.

The FPOs in Karnataka are established under various schemes such as Rastriya Krishi Vikas Yojana (RKVY), National Horticultural Mission (NHM), and Watershed Development Programme (SUJALA III), etc. These FPOs are promoted by either development departments such as DoH or National Bank for Agriculture and Rural Development (NABARD). The major goods that are dealt with by these FPOs include pulses, millets, coarse cereals, spices, cashew, fruits and vegetables.

Though all the FPOs try to support their farmers in arranging direct marketing and thereby remunerative prices, only a few FPOs are successful in their marketing objective, that too not consistently. In such a scenario, the idea of having a marketing arm as a separate entity owned by the FPOs, which would enable branding the produce, packaging it, and marketing it directly to end users would raise these FPOs to the next level. 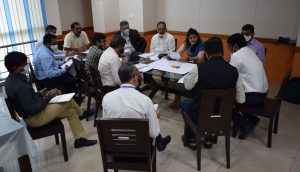 The Department of Horticulture, Government of Karnataka, in association with NABARD and Centre of Excellence (CoE) for FPOs, University of Horticultural Sciences, Bengaluru campus, organized the ‘Experts and Stakeholders Workshop’ at NABARD Towers, Bengaluru, on September 13, 2021.  It was an interactive and action-oriented workshop for creation of the marketing arm aimed at promoting and selling the products of the FPOs across the state by creating a uniform mother brand. The main objective behind the workshop was that the proposed marketing arm will serve as a special purpose vehicle (SPV) to enable branding of the produce, packaging and marketing it to end users. The workshop aimed at enabling the participants to arrive at a common understanding of the branding initiative across different development departments working for and with FPOs; garner support from different stakeholders to make the dream real; tap on the expertise of various stakeholders and jot out an action plan to brand launch and to discuss and debate on the potential challenges, and evolve a winning strategy. The workshop had more than 50 participants, who represented development departments, Krishi Vigyan Kendras (KVKs), research organizations, state agricultural universities (SAUs), capacity development institutes, non-governmental organizations (NGOs), producer members of FPOs, farmers, office bearers, financial organizations, handholding organizations, and consulting agencies and private organizations who deal with FPOs. The inaugural session highlighted the purpose of the workshop, which was followed by breakout sessions, during which the participants were grouped into six groups for deliberations. First five groups were supposed to deliberate on: 1) brand franchise; 2) streamlining supply chain for direct procurement from FPOs; 3) the existing and new needs for process and infrastructure requirements; 4) distribution and sales; 5) branding and marketing. These groups were asked to deliberate on the above-mentioned themes till lunch. After lunch, the group representatives were asked to present the outcomes of the breakout sessions for arriving at final strategies. The major discussions from the groups are as follows: 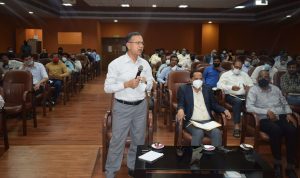 The members of this group were informed that their responsibility would be to map the volume of produce of different FPOs; guiding the FPO relationship towards consistency and continuity in supply; ensuring the quality of the produce; planning and implementing logistical strategy; forecasting shortages and surplus of volume; creating a fair pricing model so that there can be a win-win scenario for both farmers and consumers, and implementing the traceability strategy.  As a solution, the group suggested the following:

Group 3: Existing and New Needs towards Processes and Infrastructure Requirements

The members of this group were given to understand that there is a need to have different infrastructure, such as first level warehousing/storage of farm produce; a primary processing infrastructure such as milling, grading, sorting and packaging of the different produce, and secondary warehousing for storage of different products. The members of this group were asked to deliberate on who all are the custodians of the state infrastructure (Karnataka State Agriculture Produce Processing and Export Corporation [KAPPEC], Agricultural Produce Marketing Committee [APMC] etc.) which could be leveraged towards effective utilization. How can the quick and accurate mapping of existing infrastructure in Karnataka be done? What is the extent of centralization of these infrastructures towards utilization? What is the process of quick scouting for third party infrastructure, and what should be the process of engaging with third party infrastructure utilization? Based on deliberations the group came up with the following suggestions: 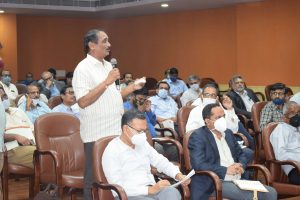 The members of Group 4 were informed that the distribution and sales function would develop and execute strategic plans to achieve sales target and continuously expand customer base; build and maintain a strong distributor for ensuring effective coverage; and build and maintain the retail relationship. The members of this group were entrusted the responsibility of deliberating on what the existing low handling channels of sale are, such as ‘Nandhini’ counters, centres of horticulture producers cooperative marketing and processing society (HOPCOMS), public distribution system (PDS) centres, canteens, etc. How to enroll and leverage the existing channels? How to have initial communication with the retailors and e-tailors and distributors? What should be the sales plan? Whether to start with small geographies and then expand? The group recommended the following strategies:

The members of Group 5 were given to understand that the marketing team of the brand would be in charge of creating and managing the brand assets; designing and implementing comprehensive marketing strategies and wide visibility of brand across consumer touch points and point of sales; offer management; digital communication among social media and mainstream media and PR activities. The organizers asked the members of this group to deliberate on questions: such as how to create initial excitement for the brand? What are the ideas to be followed to leverage brand acceptance? How can we leverage support of influencers such as sportspersons, actors, entrepreneurs, etc., for helping drive the message and brand? The outcome from the group discussions are as follows:

Group-wise presentations were deliberated on, and suggestions were invited from participants of other groups. Based on these deliberations and implicative strategies, it was informed that a meeting of a sixth group will be convened separately in the near future. The members of this group would be the representatives from action-taking organizations such as development departments, promotors, NGOs, capacity building organizations, infrastructure providers, etc., so that the action points for implementation of branding and establishing a marketing arm for FPOs of Karnataka will be arrived at. The group members would deliberate on what the main roles of SPV are, and what would be the mix of talent and skills required to actualize the idea? Who is the right talent in different departments? Who could be part of the action team? Which of the roles will need full-time commitment and which could be managed with temporary commitment? Who can lead the action team? Who can act as mentors? The action points based on these questions and suggestions in the line of discussion from the members of this group will be finalized and recommended for implementation.

The workshop was organized without spending too much time on formal speeches, thereby providing adequate time for deliberations in break-out sessions by the participants. The Department of Horticulture, Government of Karnataka, in association with NABARD and Centre of Excellence (CoE) for FPOs, University of Horticultural Sciences, Bengaluru, is currently planning to constitute an action group for finalizing the next steps and strategies for implementing the recommendations of each breakout session. 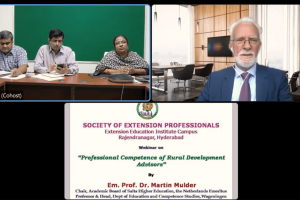 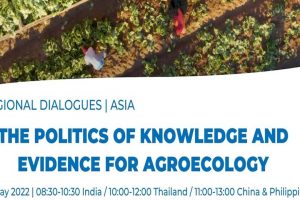 The Politics of Knowledge and Evidence for Agroecology, Regional Dialogues | ASIA, May 12, 2022 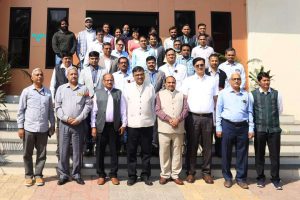