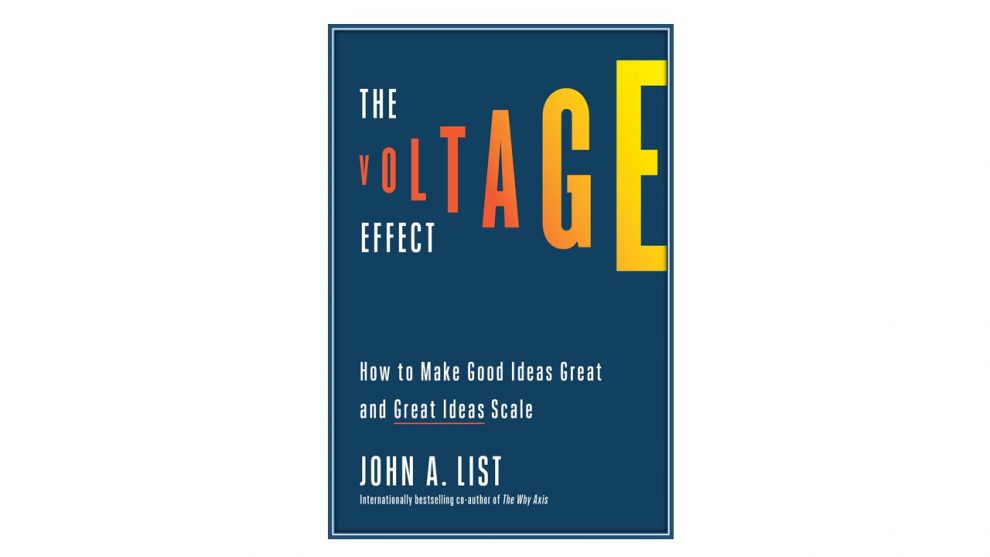 The Voltage Effect: How to make good ideas great and great ideas scale is a recent book by Prof. John A. List, Kenneth C. Griffin Distinguished Service Professor in Economics at the University of Chicago. He has vast experience in academia and has worked as a senior economist at the White House and chief economist for Uber and Lyft (taxi-hailing apps). He recently joined Walmart as the first chief economist of the company. He is known for his experiments in the wild (a phrase he uses for doing natural experiments in the real-world – NOT actually in the wilderness). Prof. List is best known and considered to be the world’s leading expert in experimental economics.

Why did ideas that had many promises fail when it was implemented? Let us consider an example in the agricultural sector – why do our crop varieties, despite their success in the labs and experimental plots, not get accepted and widely adopted in the field? Why did an extension program which was successful during the piloting stage fail when it was scaled out? Were those ideas not scalable? Or is there something fundamentally wrong with the way we do it?

The title of the book ‘Voltage effect’ refers to the phenomena called ‘voltage drop: when the great electric charge of potential that drives people and organization dissipates’ when scaled. As mentioned in the sub-title of the book ‘How to make good ideas great and great ideas scale’ the book is about the science of scaling. Why do some ideas fail while others become the most significant success and change the world? What can we do to scale an idea to success?

The core idea the book brings forth is ‘Scalable ideas are all alike; every unscalable idea is unscalable in its own way’. The author shares five specific traits (Five vital signs) that scalable ideas must possess and provides four proven techniques for engineering voltage gains (opposite of voltage drop). It provides a set of scientific guiding principles, which if followed could increase the likelihood of success – of the idea when it is scaled.

The book is structured into two parts; the first focuses on ‘the five vital signs’ and the second on ‘four secrets to high voltage scaling’. There are nine chapters in the book, and I will provide a gist of these chapters with some illustrations. The first chapter is on false positives, and the second on overestimating the effect of the idea, the third is on failure to evaluate what’s essential for scaling, the fourth is on spillovers, and fifth on the cost of scaling.

Chapter 1, titled ‘Duper and False Positives’, deals with the common biases we encounter while testing and piloting our ideas. One standard error is testing ideas with a small group of people and assuming the idea would work in the larger population. This is generally what we consider a robust experiment conducted by academicians. The author points out the issues of biases with the sample’s representativeness, particularly with the standard social experiments lab experimental studies in which university students are picked as standard subjects (called WEIRD people – western, educated, industrialized, rich, and democratic) (see illustration 1).

This bias is also common among industries that piloted their products in small groups. The researcher or manager is a victim of confirmation bias, what he wants to prove as right is only picked. They filter out or ignore the information which is inconsistent with their expectations. Confirmation bias leads to failure to examine the problem critically and then try to confirm those using false positive data.

The second chapter, ‘Know your Audience,’ points out that the best ideas will fail in business, scientific research, and policy making if the future audience is not accounted for. One key message in this chapter is that the problem with scaling is not ignorance but the illusion of knowledge. As mentioned in the previous chapter, the problem of biases could be solved using replications studies, testing the study multiple times with different groups (broadening the audience) to ensure the robustness of the results (illustration 2).

The third chapter, ‘Is it the chef or the ingredients’, an exciting title, focuses on how to identify the program’s negotiable and non-negotiable components. The idea would have both components, but it depends on the relative importance of these components. In chapter 4, which is on spillovers, the author categorises that spillovers are of different kinds: general equilibrium spillovers, social-side behavioral spillovers, and network effect spillovers. One thing the author emphasizes is to watch out for the intended and unintended consequences resulting from scaling (illustration 3).

Chapter 5 on the cost trap focuses on the dis-economies of scale; when the key resources of production become increasingly difficult to obtain, the idea could lose voltage if scaling means increased cost. One of the fundamental premises is that the social benefits of any program must outweigh the financial cost. Competing programs and projects with low voltage are less likely to get support due to the high cost. Programs with less benefit to cost ratio are less likely to get support.

Next, the author tunes the reader’s attention towards recognizing the critical features of the scalable ideas to scaling ideas for voltage gains. There are several problems with scaling. How is one to design the idea to scale? The author draws evidence built on behavioural incentives such as social norms, loss aversion, and endowment effect. (These terms are jargon, but these have become the fundamental  tenets in using behavioral economics.) The author provides four key strategies for cranking up the voltage of scalable ideas using solutions that are based on behavioral incentives.

First is to find incentives that can be scaled (chapter 6). A point worth mentioning made by the author is that if the incentive is right the character of the individual becomes irrelevant. Incentive doesn’t mean that we have to pay a hefty salary, that’s not the entire story. In this chapter the author talks about incentives which could be scaled, rather than paying more or giving perks, such as a few lunch/social incentives, which were hitherto seen as more effective and cheaper. Some approaches are counterintuitive to conventional wisdom, like payment of bonus upfront, unlike the traditional way of paying bonus after achievement. The studies done by the author and his colleagues show that such incentives work and have a long-lasting effect. The chapter concludes by saying that we must think along the margins (chapter 7). Thinking along the margin means using the principles of marginal utility to crank up the voltage of ideas at scale –  an epiphany that struck the author while working in the White House office, which he later applied when he was at Lyft. The cue is to look into average returns rather than marginal returns.

The book offers a lot of unconventional wisdom, developed based on logical and empirical analogies for scaling. For example, chapter 8, ‘Quitting is for winners’ sounds counterintuitive, but when we ponder over it, it makes sense. Rather than pursuing madly an idea that never had any scope, someone could quit it and work on a better idea. Opportunity cost is a key component to consider when taking an idea to scale. Rather than thinking about ideas that one could pursue, we often spend time and effort on various aspects of the same idea. The author’s point is not to be a quitter, rather it is better to know when to quit and be an ‘optimal quitter’.

One key element for cracking voltage to an idea is scaling culture. For example, in a start-up a meritocratic competitive culture might work on a small scale, when the idea is cracked up it will face the drawbacks of that culture. The last chapter discusses scaling culture and why the culture of a firm or place matters for an idea’s success.

In the concluding chapter, the author ponders over the question – ‘To scale or not to scale’ – quoting the example of ideas that are scaled to manage the ongoing COVID pandemic. This provides key lessons. The author highlights the point of learning from mistakes and correcting them rather than chasing obscure ‘mirages of success’.

First, let me state, I might be biased in writing this review with many ‘fan’ moments. I have been following the works of Prof. List for the last few years and admire his works. His previous book, ‘The Why Axis’ with Uri Gneezy, has been an insightful and thoughtful read. This  book opens up an entirely new perspective for scaling ideas (programs, products). The ideas provided in the books are not some theoretical thoughts but rather tested and proven approaches by the author and his colleagues over his three decades of experience as a researcher. The book is full of examples of nuanced experiments on what works and what doesn’t. One of the author’s key arguments is that we need to move from evidence-based policy to policy-based evidence.

The book is written in a narrative manner by running through the author’s personal story, his experience as an academician, and policymaking with the government. Though it makes it interesting, I found there is too much trivia – sometimes making me lose direction  while reading.

There are interesting bits of trivia as well as some boring ones. It’s a mixed bag. For example, there is the memo Prof. List created while at Lyft, titled ‘Adam Smith visits Lyft: Making use of the invisible hand to allocate resources efficiently’. The memo was later renamed after COVID as ‘Adam Smith visits the Mandalorians’. The memo states, ‘When dollars are left strewn on the ground, economist gets angry, especially Chicago economist…’ which I found interesting (being a Star Wars fan).

TARGET AUDIENCE/WHO SHOULD READ IT?

The book is a must-read for all those planning to scale their ideas: extension agents trying to scale up programs, policymakers, non-profits, philanthropists, students, and entrepreneurs.  Specifically, it’s a good read for graduate students specializing in agri-business management, agricultural economics, agricultural extension, and policy. The book could be required reading for students doing Master’s in Business Administration (MBA), post-graduate diploma in management (PGDM) in Agri-Business, or for Master’s students in Economics and Extension.

Subash SP is currently pursuing PhD with The Center for Development Research/Zentrum für Entwicklungsforschung (ZEF), University of Bonn, Germany. He is an ATSAF Fellow with CGIAR-CIMMYT.  He is a Scientist at ICAR-National Institute for Agricultural Policy, New Delhi. Subash has a Master’s in Agricultural Economics from Punjab Agricultural University. Prior to his assignment as a scientist, Subash has worked with CIMMYT for two years where he was involved with conducting research in Nepal and Bangladesh. Subash loves a good debate (on anything and everything which interests him), and is an occasional cartoonist and blogger. His current area of research is policy analysis in the light of behavioural insights. You can reach him at subashspar@gmail.com.
PS. Illustrations co-developed with Ume-Aiman, Master’s student in Organismic, Evolutionary and Paleobiology, University of Bonn. 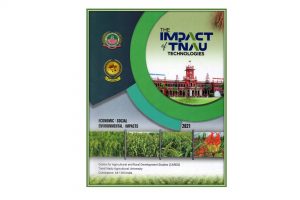 The Impact of TNAU Technologies: Economic, Social and Environmental Impacts 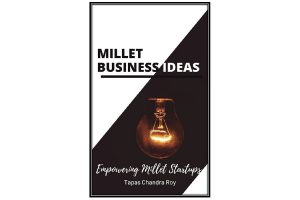 Seed to Sapling: The Incubator Way
Watershed: How We Destroyed India’s Water and How We Can Save It
Comment