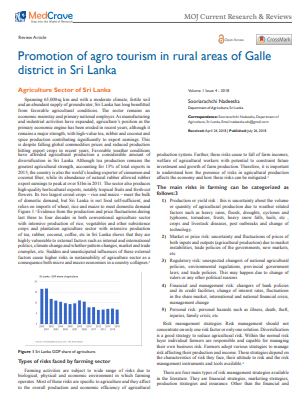 The sector remains an economic mainstay and primary national employer. As manufacturing and industrial activities have expanded, agriculture’s position as the primary economic engine has been eroded in recent years, although it remains a major strength, with high-value tea, rubber and coconut and spice production contributing significantly to export earnings. This is despite falling global commodities prices and reduced production hitting export crops in recent years. Favorable weather conditions have afforded agricultural production a considerable amount of diversification in Sri Lanka. Although tea production remains the greatest agricultural strength, accounting for 13% of total exports in 2015, the country is also the world’s leading exporter of cinnamon and coconut fiber, while its abundance of natural rubber allowed rubber export earnings to peak at over $1bn in 2011. The sector also produces high-quality horticultural exports, notably tropical fruits and fresh-cut flowers. Its two largest cereal crops – rice and maize – meet the bulk of domestic demand, but Sri Lanka is not food self-sufficient, and relies on imports of wheat, rice and maize to meet domestic demand Figure 1.1 Evidence from the production and price fluctuations during last three to four decades in both conventional agriculture sector with intensive production of rice, vegetables and other subsistence crops and plantation agriculture sector with intensive production of tea, rubber, coconut, coffee, etc in Sri Lanka shows that they are highly vulnerable to external factors such as internal and international politics, climate change and whether pattern changes, market and trade crumples, etc. 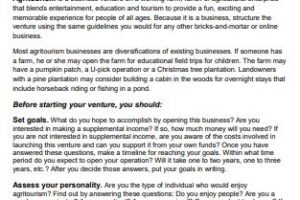 12 Things to Consider When Starting an Agritourism Business 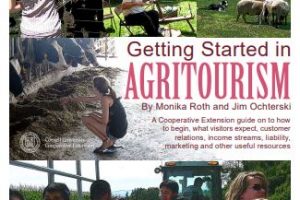 GETTING STARTED IN AGRITOURISM- A Cooperative Extension guide on to how to begin, what visitors expect, customer relations, income streams, liability, marketing and other useful resources 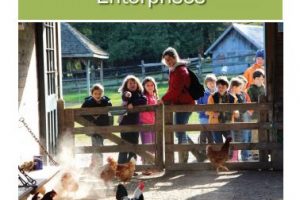 A Guide to Successful Agritourism Enterprises

Innovations in Agritourism: Evidence from a Region in Poland
A typology for defining agritourism
Comment