This paper analyzes the implication of economic structural change and dietary transformation on changing patterns of agri-food trade among 17 Asian development countries. Sub-regional trade in Central, South, and Southeast Asia is the focus of the paper, along with trade with other partners outside the sub-regions. The paper finds that Asian markets for total agri-food exports and exports of nutritious foods are generally more important than the markets outside of Asia and for many of them, the importance of Asian markets increases over time. While net exporters and importers co-exist in each sub-region, with a few exceptions, sub-regional trade is often less important. Many small countries trade only with one or two large neighbors and less so with each other.

The dietary transformation impacts trade in nutritious foods in diverse ways. With income growth, increased domestic demand for nutritious foods seem to lead to more imports of these foods. While many South and Southeast Asian countries have a comparative advantage in exports of some nutritious food products, growth in these exports can be negatively affected by rising domestic demand. Although nutritious food exports continue to play important roles in total agri-food exports, export growth of nutritious food is often slower than overall growth of agri-food exports. The dietary transformation also seems to lead to increases in demand for processed foods which many Asian countries meet through imports, often, accounting for a large component of total agri-food imports. On the other hand, processed foods generally account for a small portion of agri-food exports. However, there are a few countries where processed food export growth is rapid. In these cases, the sub-regional market is expanding, but with few exceptions, it is still less important than trade with countries outside the sub-regions.

The paper also finds that agri-food exports and imports are highly concentrated, and a small group of commodities dominate most countries export and import portfolios and remain unchanged over time. The main markets for these important commodities are generally not in the sub-regions and this mismatch between demand and supply of agri-food commodities within sub-region is a natural barrier for promoting
regional trade. 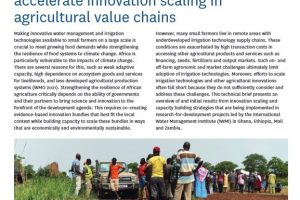 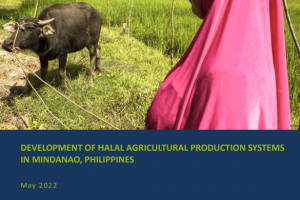 Agrifood chains in Asia and the Pacific