Organising a farmer producer company (FPC) is not an easy task, but the more difficult task is in sustaining and expanding its business so that producer members benefit. FPCs need handholding support on both technical and organizational aspects. In this Good Practice Note P Muralidharan and MS Rajeev illustrate how Krishi Vigyan Kendras (KVKs) could provide this type of support.

CONTEXT
Lack of reliable markets that provide remunerative prices to farm products has been one of India’s most important challenges in the field of agriculture. The problems are more severe in the case of highly perishable products where facilities for scientific storage and value addition are not available. Organising farmers into commodity interest groups and producer co-operatives have been tried in the past, and it has succeeded to some extent in some products and some regions, but in most cases these initiatives have not succeeded due to a number of reasons including poor management and political interference.

The Government of India (GoI) came up with a new institutional form called ‘Producer Companies’ in 2003, a much-needed institutional structure with a spirit of cooperation on one side and business resilience on the other. Recognising the potential of Producer Companies, it announced a ‘Produce Fund’ with ₹200 crores for building and promoting Farmer Producer Organisations (FPOs), and entrusted The National Bank for Agriculture and Rural Development (NABARD) with the task of organising such producer organisations. Moreover, the Ministry of Agriculture & Farmers’ Welfare under GoI had declared 2014 as the year of Farmer Producer Organisations and aligned them with the existing finance schemes of the government. Apart from the Non-Governmental Organisations (NGOs), Krishi Vigyan Kendras (KVKs), banks, agricultural universities, etc., were asked to come forward for promoting farmer producer organisations. The ultimate goal of these FPOs is overall development of the farming community through collective purchase of inputs, timely guidance to farmers, application of good agricultural practices, capacity building, aggregation/procurement of marketable produce, value addition/minimal processing, establishing market linkages, and providing high quality products to consumers.

The ICAR-Krishi Vigyan Kendra-Alappuzha hosted by ICAR-Central Plantation Crops Research Institute (CPCRI), located at its Regional Station, Kayamkulam has been promoting an FPO for spices as the Producer Organization Promoting Institution (POPI) with support from NABARD since 2016.This FPO was registered as ‘Onattukara Spices Farmer Producer Company Limited’ (OSFPCL) under the Companies Acton 7 December 2016, with 10 farmer promoters. Turmeric and ginger farmers were enrolled as shareholders with a share value of ₹1000. Cultivation of spice crops in a minimum area of 10 cents was the criteria for selection of shareholders. At present 241 farmers are shareholders of the company, with a share capital of 2.78 lakh rupees.

The KVK initiated its interventions among turmeric farmers by introducing an improved boiler for processing turmeric and popularising a high yielding variety (HYV). The success of these interventions created an enabling environment for extending the FPO among other
turmeric farmers. The KVK mobilised turmeric farmers and it partnered with several other organisations to initiate and strengthen the FPC. These are discussed in detail below.

Progressive farmers, panchayat members and master farmers of these villages were made aware of the importance of organized cultivation and production of high quality spice products. Following the group meetings clusters of 10-15 farmers were formed in each village. Trainings were given to all the participating farmers on scientific cultivation practices of turmeric and ginger. Good quality seed materials were made available at subsidized rates and all other technical support was given. The first Annual General Body Meeting of the company was held on 2 March 2017, which instituted a Board of Directors consisting of 11 directors selected from among the shareholders, along with three officials from the KVK. 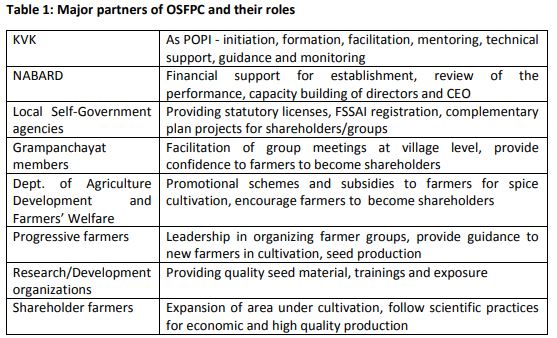 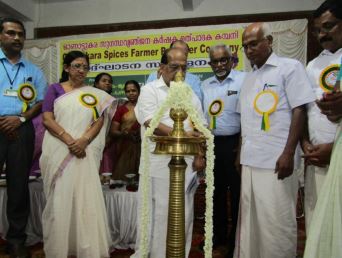 On 21 July 2017, the Onattukara Spices Farmer Producer Company Limited (OSFPCL) was formally inaugurated by Sri. G Sudhakaran, Minister of Public Works and Registration, Govt. of Kerala, at Kattanam. On this auspicious occasion the Minister also released the products of the company –turmeric powder and whole black pepper.

This year, OSFPC has obtained registrations under FSSAI and GST, which are essential for value addition and marketing.

Training-cum-exposure visit for OSFPC Board of Directors/farmers: A training-cum-exposure visit was held for Board of Directors members and selected farmers of the company to ICARIISR-Calicut, SUBHIKSHA-Perambra, ICAR-KVK-Kozhikode, and ICAR-IISR experimental farm, Peruvannamuzhy, during 8-9 January 2018. The farmers were given exposure to the activities of SUBHIKSHA, the first Farmer Producer Company in India, managed wholly by women, that is engaged in value addition of coconut and spices. The visit to the trainingcum-incubation unit for spice crops at IISR, and the experimental farm at Peruvannamuzhy offered awareness on the various machines used for value addition and processing of spices, which is the major activity of OSFPC. 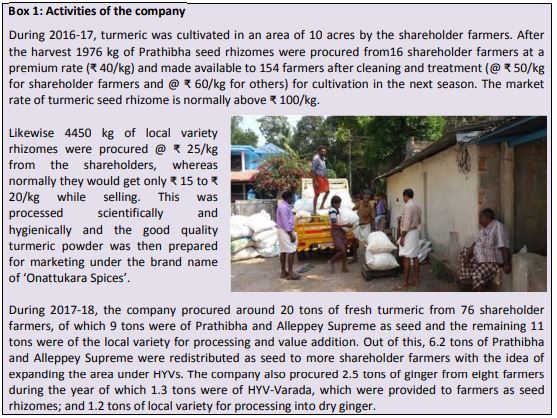 IMPACT
The area under turmeric cultivation expanded to 30 acres with almost half covered by the HYVs, Prathibha and Alleppey Supreme. Shareholder farmers who had hitherto cultivated turmeric and ginger on a small scale, started cultivating on a commercial scale expecting a decent price and assured procurement.

Under these circumstances it is no surprise to see elevated enthusiasm and zeal on the faces of these farmers. Small groups are being formed for the processing and value addition of these spices for which project plans are being formulated by the local self-government
groups. Individuals/companies in the fray for the processing/value addition/marketing activities of turmeric and ginger are getting in touch with OSFPC for exploring the possibility of bulk procurement. It is therefore expected that a reasonably stable value chain of these
spices will be put in place through OSFPC, which will be beneficial for both producers and customers. Performance analysis of the FPOs based on our experience is presented below (Box 2).

Box 2: Performance analysis of the FPOs based on our experience

Farmer producer companies provide a good platform for primary producers in the country as it is totally governed by a group of primary producers themselves. FPOs can make a collective effort from the beginning – from crop production to value addition and marketing
by arranging seeds and other inputs, advisory services, aggregation of produce, processing and value addition, marketing, etc. By ensuring organised, professional and sustainable management a farmer producer company can be successful and offer better prospects for the primary producer farmers. But a lot of limitations, such as lack of working capital, professional manpower, support from other  government agencies, along with the prevailing market dynamics, make it very difficult for them to survive and grow.

KVKs as POPIs could effectively organize and promote FPOs owing to: (1) their comprehensive and ground/field level experience and knowledge in farming related activities; (2) genuine partnerships and linkages with farmers that inculcate confidence in them; and (3) capability to coordinate all related/concerned agencies on to a common platform to achieve necessary goals. A proactive, positive response and cooperation from the partners/stakeholders along with mature leadership from the KVK could go a long way in taking forward this important initiative for the upliftment of farmer producers. 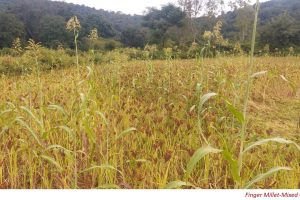 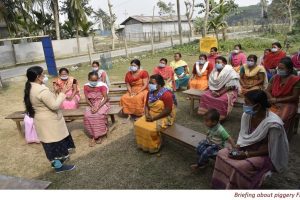