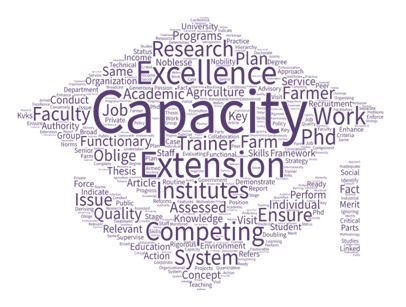 The Committee on Doubling Farmer Income (MoA&FW 2017) has proposed various measures in its report (Volume XI), for improving capacity of the extension system for doubling the income of farmers by 2022-23. Capacity development is a complex issue. FAO’s corporate strategy on Capacity Development (2012) provides a useful framework for approaching capacity development, and this is equally relevant for capacity development in Extension and Advisory Services (EAS). The FAO framework  talks about functional and technical capacities across three levels: individuals, organizations, and enabling environment. Capacities at these three levels are interlinked: individuals, organizations and the enabling environment are parts of a whole.

Capacity development often involves enhancing the knowledge and skills of individuals, the effects of whose work greatly impact the performance of the organizations in which they work. The effectiveness of organizations is influenced by the enabling environment. Conversely, the environment is affected by organizations and the correlations between them. Every chain, and every component of every chain, needs to be developed synchronously. Even for individuals, capacity is competency plus; and these needs of each individual has to be addressed. Having undergone training need not necessarily mean one has been trained as planned. Training alone need not develop the necessary competence required for the job. The various terms including training, competency, capacity need to be rigorously defined and the concepts developed. The issue is important but it is beyond the scope of the present blog, which only covers one aspect – developing excellence among extension functionaries. The New Extensionist Position Paper (GFRAS 2012) has elaborated on the different levels of capacities. The AESA (Agricultural Extension in South Asia) Network has conducted Capacity Needs Assessment of Extension Service Providers to identify these capacities at different levels (AESA 2016), and have also brought out a Facilitators Guide on conducting CNA of Extension
and Advisory Service Providers (AESA 2016).

Every agriculture extension system, including the Training and Visit (T&V) system of extension and the recent extension reforms, has laid emphasis on training. However, post-recruitment training initiatives have not been as effective as desired due to various lacunae, which need serious consideration. A lot of suggestions have been made by various committees for improving training effectiveness and I do not propose to repeat the same. However, I want to flag the concept of ‘Noblesse Oblige’ (Box 1).

It means the higher the authority, the greater the obligation to perform; and that higher authorities should gain respect through greater competence rather than from the authority of office. In other words, they should gain authority deriving from ‘knowledge’ rather than from that of ‘office’. I am not going to lay down the entire concept here. Rather, I want to focus on a few ideas that are mentioned here regarding three key stakeholders: academic faculty, trainers, and officials in the extension hierarchy who need to internalise this concept.

Post-recruitment training programs can only build upon, and  incrementally add to, the competence and knowledge acquired in colleges and universities. Gaps at the stage of college education cannot be fully bridged through post-recruitment training. There are various aspects to improving quality of education. I am only flagging one here – relating to faculty quality and specifically the quality of PhD theses.

I decided to flag this aspect after reading an article by Dr Gursharan Singh, former Dean of PG Studies at Punjab Agricultural University, Ludhiana, in his article, ‘We’re down the learning curve’ in the Hindustan Times (24  december 2015). He had highlighted various issues contributing to India’s global low ranking in academic quality. Extract given below for ready reference.)The following was mentioned with regard to faculty:

‘There is 35-40 % shortage in our institutes of higher education and even up to 90% of budget is spent only on salaries, leaving highly inadequate amount for research. Lack of passion and motivation in bringing competing projects is another impediment in the way of quality research. The faculty conducts only student based research. Further the research done by the students is also not properly planned or monitored and it often lacks international or industrial collaboration. The dismal state of research in higher education in our country can be gauged from the fact that PHD dissertations are sold. It is pointless to expect quality research from someone who has been awarded the doctorate degree undeservedly ignoring the merit of the work undertaken. It is a pity that roping in examiners to sign the required papers in the matter of evaluating these thesis/dissertations has become a routine affair. Almost everyone will get the degree one has applied for sooner or later. What is the rejection rate of our theses/dissertations? Probably even less than 1%; there may be institutions where these has never been rejected. On the contrary in US universities, even under highly favourable conditions only three quarters of PhD students complete their work. This warrants careful introspection. Above all this, we are also unable to produce the desired number of researchers and thus fall even non-quantitative terms. China is now producing 22,000 PhD holders annually as against 8,000 by India.’(Singh, 2015)

Faculty excellence is critical as it determines the level of competence down the line among students who then go on to constitute the field formations of extension and research in both public and private sectors. The whole exercise must start with reforming the system of evaluating PhD thesis. This can improve the quality of teaching and research, as well as the rigour of the system. Faculty who have done rigorous research for their theses will also go on to ensure and enforce rigour in the working of the organisation.

I am not fully aware of the system being followed by various academic institutions for awarding PhD thesis, nor am I competent to prescribe a system. There is need to prescribe internationally-established criteria. There is need to switch over to the system of open defence of the thesis which can be uploaded on the website and then defended in an open session. This is only a broad suggestion which needs to be worked upon.

A linked issue is that of assessment of publication which is a criterion for promotion in academic institutions. Here again the best international norms for peer review need to be followed. A system of uploading the article on a website for observations and queries is one aspect. This should be applicable to staff of academic institutions also.

Excellence of the trainers and training institutions

As in the case of excellence in education for ensuring excellence at pre-recruitment stage, there is need to ensure excellence in trainers and training institutions. Unless the trainers are really good and have something worthwhile to offer to the trainees, and the trainees themselves feel they can gain by attending the programs, training will not build capacity of the trainees. While a large number of private training programs are avidly sought after, with participants even ready to pay hefty fees for these, government in contrast has to often force trainees to attend free programs and training institutions have to cajole them into attending. Often the appeal of visiting new places or getting away from routine office work is attraction enough for trainers to attend. Often, extension functionaries do not fight for a place in training programs because they do not feel the same shall be useful to them. Issue of improving the capacity of the training institutions and trainers need to be addressed on a high-priority basis, and an institutional mechanism for the same needs to be put in place.

The above requires a 3-phased approach among others, namely:

TOWARDS EXCELLENCE IN THE EXTENSION HIERARCHY: WAYS  FORWARD

Senior cadres in the departments, helping farmers and supervising extension workers, need to be more competent than those being supervised by them. The 12th Plan Working Group on Agriculture noted that lack of knowledge, often being the reason for lack of transfer of knowledge and principle of noblesse oblige, should be made applicable across the sector. The farms of research stations, agriculture colleges and institutions, KVKs, and state farms should be developed as centres of excellence so as to become role models for farmers. It needs to be ensured that every extension staff, including supervisory and administrative level officials, possesses superior competency, skills and knowledge.

It requires a comprehensive strategy, which could be comprised of five elements as mentioned below.

Development of a competency framework: Competency cannot be developed unless the competencies are defined, and a methodology for their assessment developed. Therefore a competency framework needs to be developed for every category of functionaries, for both extension and research as well as for other services. The framework also forms the basis for training needs assessment, which would be the difference between the competencies needed and those possessed. Competencies need to be relevant to the job profile.

Annual competency assessment at the individual level: This annual exercise should be on the lines of firing practice comparable to that in the armed forces. Every extension functionary should be assessed with respect to the competencies prescribed for the post. They should be able to achieve a minimum level of proficiency. This competency gap shall also indicate the need for training.

Field orientation: It needs to be ensured that an extension functionary is able to perform the farm operations better than the farmers being advised by them in order to ensure that their advice is relevant, and that they are getting a feel of the problems farmers face. Strengthening technical and functional capacities: Senior extension functionaries should be able to directly conduct or supervise a demonstration. DFI Committee has recommended demonstrations in the fields of progressive farmers (MoA&FW 2017). Moreover, every farm’s management by the department or university, at every level from state to block, should be developed as models of best farming practices, and then used for training. Their performance has to be top of the line. Extension functionaries at various levels should demonstrate their capacity by developing these farms. Every officer should be personally responsible for this development, apart from supervising the work of juniors.

Quantification of capacity development: Planning scientific capacity building requires quantification of capacity across the line –from the lowest to the highest. Every extension functionary’s capacity needs to be assessed annually with respect to the requirement of the job, quantitatively, which shall indicate the training need gap for the specific functionary. After studying the capacity of the functionaries in the organizational unit, the capacity of the various organizational units, such as block, district, state and the country as a whole, should be quantified. This shall indicate to authorities the extent of the challenge as well as the progress made in the same. It shall also expose the capacity of every organization in the country. 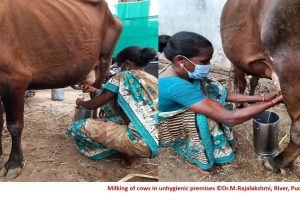 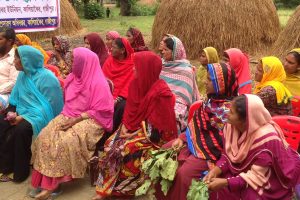 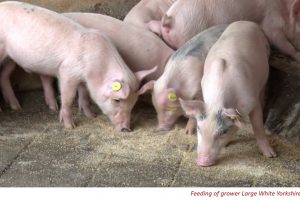