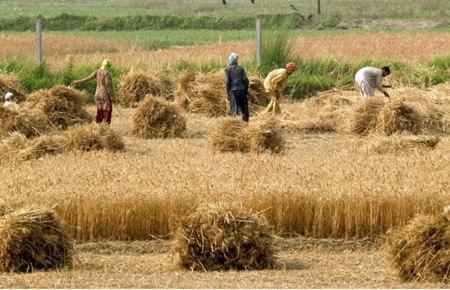 Extension services in Punjab need new capacities to deal with the evolving challenges in agriculture. Sharing of agricultural knowledge and good practices in extension and advisory provision in the region can go a long way in strengthening these capacities and enhancing productivity and rural incomes.
Dr Muhammad Anjum Ali
Director General of Agriculture (Extension and Adaptive Research),
Punjab, Pakistan
Agriculture is the mainstay of Pakistan economy. It contributes 21.4% to Pakistan’s GDP. About 67% of the population in the country is living in villages & 45% of the labor force is engaged in agriculture. Agriculture is also one of the most important export sectors of Pakistan. Wheat, rice, cotton, sugarcane, maize, pulses, oilseeds, fodder crops, fruits and vegetables are some of the important crops grown in Pakistan.
What are the major challenges in agriculture in Pakistan, especially in Punjab, which is the major food bowl of Pakistan?

Punjab is the largest province in terms of population and has the vibrant and fastest growing economy with 56 % share in national GDP. Punjab contributes about 76% to annual food grain production in the country. Wheat, cotton, sugarcane, basmati rice, maize, potato, citrus and mango are the major crops grown in Punjab.

Which are the organizations working for agricultural development in Punjab and what roles do they play?

Agriculture is a provincial subject. However, the Federal Government coordinates with provinces through dedicated committees related to research and development activities. Pakistan Agricultural Research Council (PARC), the apex national level organization works in close collaboration with provincial research institutes and the universities.

How extension services in the public sector are organized in Punjab?

Agriculture Extension field services in Punjab are devolved to districts, although, a New Local Government Act 2013 has been passed by the Punjab assembly to administer Agriculture Extension at provincial level through a regional setup but this law is yet to be implemented, therefore, at present field extension activities are governed through District Governments  where, Agriculture Extension, Water Management, Soil Fertility and Soil Testing Laboratories, Soil Conservation, Livestock, Forest & Fisheries are clubbed together  for transfer of technology.

Provincial Agriculture Extension is working on preparation  of crop specific plans, fixing of area and production targets for rabi/kharif crops, preparation of Provincial level development projects,  interaction with other Provincial and Federal governments,  Amendments in Agricultural Laws and Provincial level implementation, monitoring of the District level activities and planning and testing of new strategies for transfer of technology.

Punjab follows a modified T&V (Training and Visit) program, where, graduate extension agent is visiting groups of farmers on a notified date after getting training from master trainers.  In addition, Punjab is also following Farmers Field School approach for fruit and vegetable programs. Since 2012 “plantwise” approaches have been introduced with the support of CABI to conduct plant diagnostics and data management. ICTs (Information & Communication Technologies) are increasingly used to reach farmers with information. The Department of Agriculture is also using SMS, Voice Calls and websites to reach more farmers.

What is the current status of extension provision in Punjab?

Each Markaz has 6-7 Union Councils covering 45-50 Villages. A Field Assistant is working at each Union Council (7-10 Villages) and he/she is a three year post SSC agriculture diploma holder. But all officers are graduates and some of them are even post graduates and PhD’s in Agriculture sciences.

Apart from field extension service, the Department of Agriculture is involved in adaptive research to showcase, fine tune and tailor the technologies in different agro-ecological zones. With the advancement of knowledge and skills, Agriculture Officer is now a frontline worker who trains his field staff and farmers and also demonstrates new technologies.

The University of Agriculture (UAF), Faisalabad also organizes extension activities such as Kisan Melas in every kharif and rabi season in collaboration with the Department o Agriculture. However its major focus in on education. The university is involved in training of extension officers and implementing the ICT Projects such as www.zaraibaithak.com.

Pakistan is a major exporter of fruits and vegetables. Fruit and vegetable exports went up by 40 and 33 per cent respectively in dollar terms in the first five months of the 2013-14 compared to the same period last year. Almost 95% of citrus, 82% of guava and 66% of mangoes produced in Pakistan originate in Punjab.

What are the current challenges faced by extension -ists in region?

Extension in Pakistan became weaker with its decentralization to District Governments. Extension is not getting the priority it deserves at the District Government level as they are more interested in developing  road networks, offering  municipal services, beautification, landscaping etc.

Extension currently has to deal with several new challenges such as post harvest losses, declining soil and water health, adaptation to climate change and  linking small farmers to markets.  To deal with these challenges, extension staff needs regular training and technical backstopping from national and international organizations and the extension organization needs to improve its monitoring and evaluation activities. The Government of Punjab is preparing a short, medium and long term vision on agriculture to address many of these issues in a befitting manner.

Keeping in view the common challenges faced in the Indo-Gangetic Plans across India and Pakistan, do the extension agencies in the two countries, say Indian state of Punjab and the Punjab province of Pakistan collaborate on any issues?

Apart from personal relationships, there is no institutional collaboration among extension agencies in these two countries. Perhaps, the Agricultural Extension in South Asia (AESA) network

(http://www.aesa–gfras.net) can play a lead role in strengthening collaboration among agriculture extensionists in this region. As the Indian and Pakistan Punjab have similar agro-ecologies, joint initiatives to address common problems and sharing experiences from this region would be of great value for each other.

Can AESA make a difference in strengthening extension and advisory services in the region?

Yes. I hope the Agricultural Extension in South Asia (AESA) Network will facilitate sharing of viable, economical, adaptable and sustainable technologies and good practices in extension across the countries. Similarly sharing of knowledge on good agricultural practices for small farmers on productivity enhancement, diversification and value addition would also help. I hope the AESA network will facilitate reforms in agricultural extension system in South Asia and help change the fate of small farmers in one of the most populous area of the world. 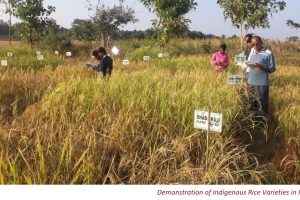 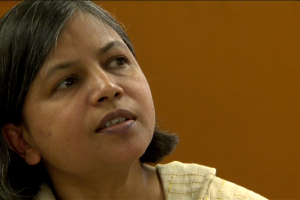 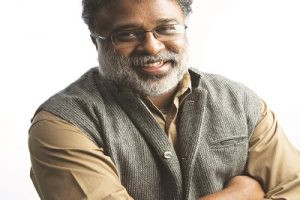 Rejuvenating Commons at a scale: In conversation with Jagdeesh Rao