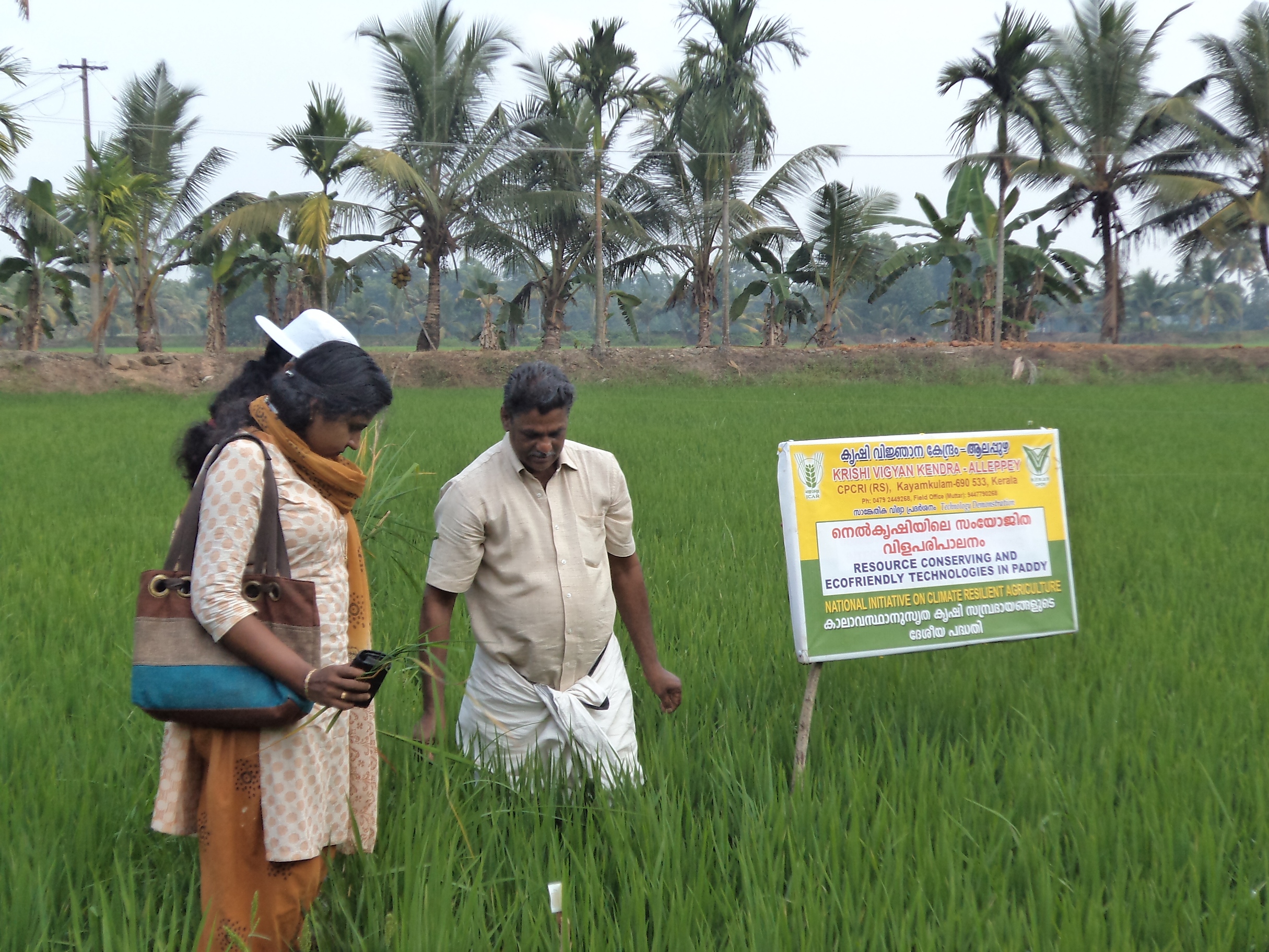 While large scale demonstrations are important to promote eco-friendly and climate resilient technologies, their up-scaling requires support from a wide range of partners. Dr. P. Muralidharan shares the experience of promoting and upscaling new technologies among farmers in Kuttanad here.

Kuttanad, the major rice granary of Kerala, is one of the few regions of the world that produces rice at below mean sea level. It forms a unique ecologically fragile bio-geographical unit that is located mostly in Alappuzha district. The vulnerability of the system is attributed to the problems of water logging and soil acidity along with climatic variations.  Crop damage due to summer rains and floods during monsoon in the low-lying paddy fields called padashekharamsare quite common. This uniqueness in bio-geography and associated social factors and institutions has earned it the status of a Globally Important Agricultural Heritage System (GIAHS) by FAO in 2013.

The heritage status also necessitates ecological restoration and sustainable development of the water-logged system which has come under increased stress due to the environmental pollution caused by indiscriminate use of high quantity of chemical fertilizers and plant protection chemicals. Moreover, the use of high quantity of seeds and high labour charges has resulted in higher cost of cultivation leaving only marginal profit to paddy farmers.

To address these problems, technology demonstrations were organised by the
KrishiVigyan Kendra (KVK) Alappuzha in Muttur Village of Veliyanad Block of Kerala. These demonstrations continued for foursuccessive crop seasons (only one crop season possible in a year) under the National Innovations in Climate Resilient Agriculture (NICRA) project of the Indian Council of Agricultural Research.

Based on the problems identified through focus group discussions (FGD) with farmers and also inputs from expert consultants, components of the technology package for demonstrations were identified. The emphasis was on identifying technologies that promote agro-ecosystem resilience against climate variations. The package of technologies demonstrated includes the following:

Pests and diseases were managed by use of Pseudomonas for seed treatment, soil, and foliar applications; placement of trichocards for the control of major pests (stem borer and leaf roller) and light traps for pest monitoring; and use of fish amino acid against rice bugs.