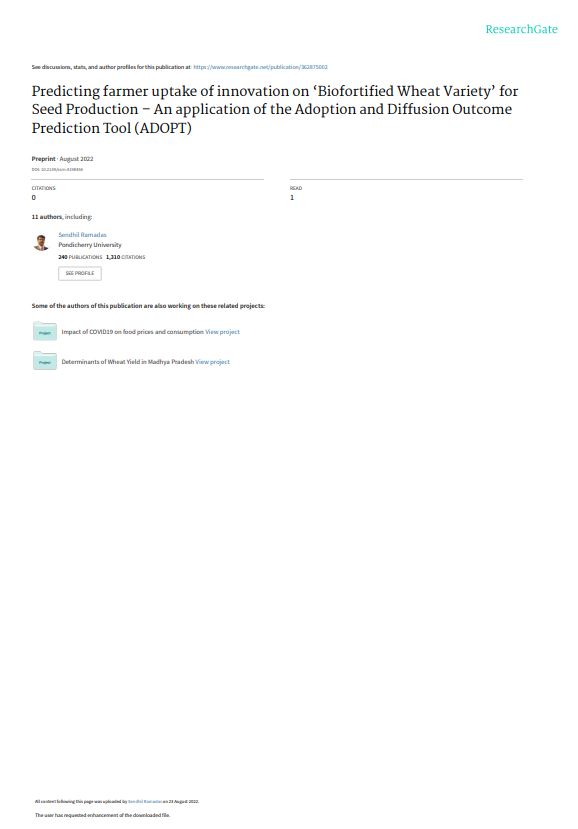 Wheat production has undergone rapid strides in India, mainly attributed to the widely cultivated high-yielding varieties (HYVs) and other technological interventions and innovations. Adopting such HYVs increased public welfare, especially in fulfilling food and nutritional security. Globally, biofortification is considered a promising technology to tackle micronutrient deficiency, and it has gained utmost importance in alleviating hunger and poverty, particularly after the sustainable development goals. Prediction of such technology adoption is much more pertinent for researchers, extension personnel, and policymakers for planning and development to ensure food and nutrition security. In the present study, we used ADOPT model (developed by CSIRO) to analyze and predict how a biofortified wheat variety will be adopted for seed production by the farmers in the Haryana and Punjab states of India. Primary data were collected, during 2021-22, on 22 variables (to incorporate in ADOPT) from 100 farmers in Haryana and Punjab states of India to predict the adoption level of ‘Biofortified Wheat Variety’ for seed production. States were selected purposively wherein farmers exhibited a high inclination to seed production. Subsequently, farmers were randomly sampled in the selected districts of the two states, as mentioned earlier.

The four components that were considered for technology adoption (i.e., biofortified wheat variety for seed production) uptake are (1) Relative advantage for the population, (2) Learnability characteristics of the practice, (3) Population-speciﬁc inﬂuences on the ability to learn about the practice, and (4) Relative advantage of the practice. The prediction results indicated that the extent of adoption and diffusion differed between Haryana and Punjab. In the case of Haryana, the time to near-peak adoption level has been estimated as seven years, with the peak adoption reaching a maximum of 98%. On the contrary, in Punjab, a state well-known for being a pioneer in adopting agricultural technology, the time to near-peak adoption level was estimated to be 18 years, with peak adoption reaching only 2%. The possible reason for higher uptake in Haryana could be the higher level of awareness among the respondents while executing the ‘seed village’ project. In Punjab, despite the respondents inclined to seed production, a low level of uptake of a biofortified variety might be due to the lack of interest/awareness of biofortified wheat, and it doesn’t fetch any premium price in the market. The time to 50% of the peak adoption is attained at three years in Haryana, but for Punjab, it is 7.8 years. Similarly, the adoption at five (and ten) years from the start has been predicted at 87% (and 98%) for Haryana and 0% (and 1%) for Punjab, respectively. The possible reasons for spatial differences are linked to several variables about the understanding of the biofortified wheat, which is indirectly attributed to the farmers’ socio-economic condition, psychology, etc., apart from other internal and external factors. 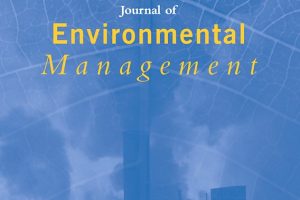 Furthering climate-smart farming with the introduction of floating agriculture in Bangladeshi wetlands: Successes and limitations of an innovation transfer 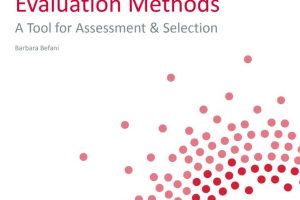