I. The burden of holding up half the sky
The Chinese saying goes, “Women hold up half the sky,” but this progressive and empowering sentiment does not paint a full picture. When women hold up the sky, does she do so while also caring for her children and running her household? Are her feet planted firmly on the ground and does she get respite?

This phrase came out during the late ‘50s when human labor was scarce in China and the government encouraged women to join the workforce and get paid equal to men. But this meant that, over time, their contribution at home was devalued almost completely and this is now a global phenomenon.

Globally, women’s engagement is about 43% of the total workers in different types of agricultural activities. Regional differences exist due to variation in farming systems and the gender division of labor. For instance, in sub-Saharan Africa 50% of agricultural workers are women. Within Asia, the sub-regional averages range from about 35% in South Asia to almost 50% in East and Southeast Asia.

As agricultural landscapes are degrading due to overexploitation, women are also playing important roles in natural resource and common property resource management as they are the ones who bear the brunt. Deforestation, monoculture practices in agriculture, loss of groundwater, flooding, landslides, and destruction of biomass have worsened the situation of poor women and increased their workload. Their role is particularly vital as they have the knowledge and experience gained from working closely with their environment. Their analytical skills in their community can play a vital role in the sustainable management of water and forest resources .

Women also play a significant role in shaping food practices due to their involvement in food purchase, preparation, and processing. One of the most laborious activities for women in rural areas is food preparation. However, this work goes largely unrecognized and unpaid, and, in several contexts, they are considered as family labor by their households and communities.

Women are not recognized as farmers by governments as well, as they often do not have land ownership. In addition to all the work they perform on farms, they take care of their extended families and livestock, fetch water, clean, and cook—all unpaid and unrecognized jobs that consume a huge amount of their time. Government statistics don’t include the value of these contributions to the GDP as they are mostly in the informal sector and unpaid domestic and care work is not accounted for anyways.

III. Women experience enormous challenges due to gender inequity
As governments do not recognize them as farmers, women have extremely limited access to agricultural loans and credit, extension and advisory services, agricultural inputs, and the knowledge and information they need. Women-managed farms in South Asia are 11% less productive because of the gender gap in the access to resources and services and the lack of managerial experiences.

The monetary value of unpaid care work globally for women aged 15 and over is at least $10.8 trillion annually. Women undertake more than three-quarters of unpaid care and makeup two-thirds of the paid care workforce. It includes looking after children, elderly people, and those with physical and mental illnesses and disabilities. This results in high levels of “time poverty” for women, which is the burden of competing claims on an individual’s time that reduce their ability to make unconstrained choices on how they allocate their time leading to increased work intensity and trade-offs among various tasks. Underlying this phenomenon is social attitudes and norms that shape the gender division of labor and reinforce structural gender inequality.

Time poverty constrains women’s time for other activities such as paid work, investing in human capital and social network building, or politics. The adverse time use and time stress are likely to result in low capabilities and low productivity which, in turn, are likely to trap women in a vicious circle of poverty. An increase in women’s time in agriculture adversely affects maternal and child nutrition and the lack of women’s time in reproductive work leads to poorer nutrition. As globalization opens new opportunities for high-value agricultural production, women’s time poverty and work burden are barriers to their participation in the agricultural value chains.

IV. Disasters and shocks disproportionately affect rural women
As the world reels under the increasing frequency and intensity of climate shocks, rural women who depend on agricultural systems for their food and nutrition security and livelihoods bear most of the negative consequences. The impacts of these shocks are multifarious. In addition to high fatalities among women, the livelihoods of those who survive are seriously jeopardized.

As men migrate out of rural areas, also encouraged by the effects of climate change, the women left behind become the income earners leading to increased workloads and care burdens for them.

The COVID-19 pandemic has disrupted livelihoods and value chains and changed consumer behaviors. Global extreme poverty is expected to rise in 2020 for the first time in over 20 years as the pandemic compounds the forces of conflict and climate change. It is estimated to push an additional 88 million to 115 million people into extreme poverty, with the total rising to as many as 150 million people by 2021, depending on the severity of the economic contraction.

Surviving from these shocks and getting back to their feet is doubly challenging for women who have less access to support, opportunities, and assets to begin with. Poverty, lack of social safety nets, natural resource and climate-dependent livelihoods, and low asset bases increase their sensitivity to such shocks. Women become economically insecure after a shock as working conditions deteriorate. Usually women take considerably more time to compensate for the economic losses caused by a shock compared to men.

V. How can we support rural women to become more resilient and be drivers of change in their communities?
“Recognize and value unpaid care and domestic work through the provision of public services, infrastructure and social protection policies, and the promotion of shared responsibility within the household and the family as nationally appropriate” is a target under the SDG on gender equality. Translating this into action and outcomes through appropriate and well-designed policy measures and their implementation is critical. Policies and social protection measures should be designed based on a sound understanding of the roles of women in food systems, communities and households.

Governments, civil society, private sector, research institutions, and universities should collaborate to create means and more resilient and lucrative economic opportunities for women in agriculture in addition to providing them with appropriate technologies and knowledge. Labor-saving technologies and practices that ease the burden of work by making existing farming systems more efficient and resilient should be introduced and promoted.

We need to create opportunities to help women break into parts of food systems where the returns are higher but also addressing the barriers due to capital and knowledge requirements, social norms, and attitudes that hold them back. Collectives have proven to be an effective mechanism in helping rural women break some of these barriers and efforts should be made to strengthen and expand them. 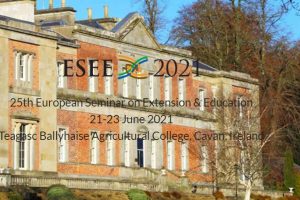 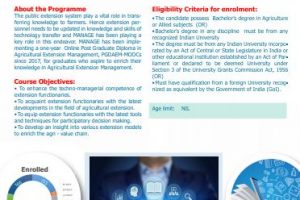